Overview: When you think of the Civil Rights Movement, typically the Selma to Montgomery Marches come to mind. Within these marches a crucial part in civil rights history was made… Bloody Sunday. A once peaceful protest, turned into a full out brawl. Although the situation was tragic, instead of retaliation, African Americans used this day as even more fuel to keep fighting for civil and equal rights for blacks. The Selma to Montgomery marches were three individual marches in 1965. These marches stretched along the highway from Selma, Alabama to the state capital of Montgomery. The marches were put together by nonviolent activists to showcase the desire of African-Americans to have their constitutional right to vote. Previously, southern state legislatures passed a series of requirements, like literacy tests, that were purposely discriminatory against African Americans. In response, the African American group, Dallas County Voters League (DVCL) began a voter registration campaign in Selma in 1963. The DCVL also invited Dr. Martin Luther King Jr. and the activists of the Southern Christian Leadership Conference to join alongside them. The first march took place on March 7, 1965. The march was organized locally by Amelia Boynton among others. State troopers and county possemen attacked unarmed marchers with billy clubs and tear gas when they passed the county line. This day became known as Bloody Sunday. The state troopers and possemen beat Boynton unconscious. While the media publicized a picture of her lying wounded the ground. During Bloody Sunday on March 7, 1965 approximately 526 to 600 marchers headed southeast out of Selma on U.S. Highway 80. The march was led by John Lewis of the SNCC, Reverend Hosea Williams of SCLC, Bob Mants of SNCC, and Albert Turner of SCLC. The protest was going smoothly until the marchers crossed the Edmund Pettus Bridge. From there they were met with a wall of state troopers and county posse on the other side. This was due to the County Sheriff, Jim Clark, who had issued an order for all white males in Dallas over twenty years of age to come to the courthouse to be deputized. When the marchers met with the state troopers on the bridge, Rev. Hosea Williams tried to speak to the officer but it was no use. Seconds later, troopers began shoving the marchers, knocking many to the ground, and beating them with nightsticks or batons. While another set of troopers fired tear gas and another charged the crowd on horseback.

The images of the attack were televised and showcased marchers left bloodied and severely injured. Amelia Boynton, who was beaten unconscious, appeared on the front page of newspapers and news magazines around the world. Which sparked mass support for the Selma Voting Rights Campaign. In all, 17 marchers were hospitalized and 50 were treated for lesser injuries. Due to the amount of bloodshed the black community labeled this day as “Bloody Sunday”. When the march was over, President Lyndon B. Johnson issued an immediate statement saying, “Deploring the brutality with which a number of negro citizens were treated.” Johnson also promised to send a voting rights bill to congress that week, but ultimately it took him until March 15 to send the bill.

The next two marches after “Bloody Sunday” still had bloodshed but ultimately they brought forth the most change. The second march, known as “Turnaround Tuesday” took place on the morning of March 9, 1965. Dr. Martin Luther King Jr. led around 2,500 marchers out on the Edmund Pettus Bridge. They held a short prayer session before turning back around the way they came, obeying the court order preventing them from making a full march. Shortly after this march, President Johnson passed the Voting Rights Act of 1965. On Sunday, March 21, 8,000 people assembled to start the march to Montgomery. The trek took four days to complete but when they made it King delivered his “How Long, Not Long” speech. In conclusion, the Selma to Montgomery marches were a pivotal point in civil rights history. Without the events of “Bloody Sunday” happening, African Americans probably wouldn’t have voting rights. These marches had a huge impact on people during that time period, especially the black community. That impact being it gave blacks a new sense of pride and encouragement. To be able to get up and fight for what you want, no matter the outcome keep going and never give up. These marches are significant even in today’s era because the fight for equality isn’t over and probably never will be. There still is change to be made in relation to equal rights for the black community, were just continuing the legacy. 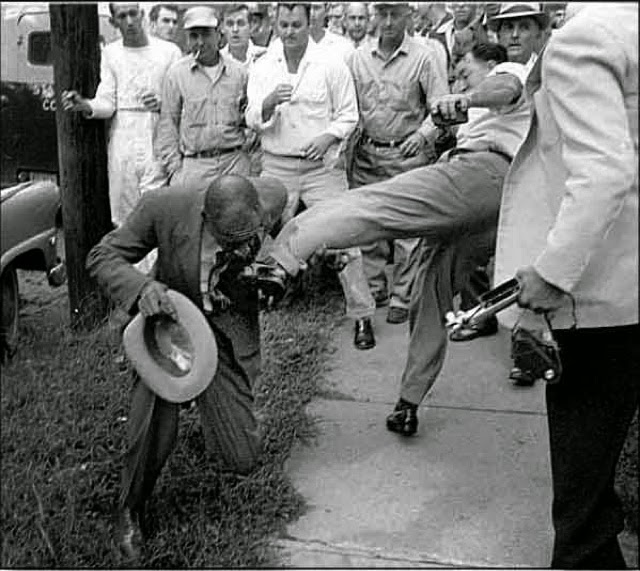