The Dust Bowl was a time of drought and poverty that existed in the 1930s. The Dust Bowl was a treacherous storm that occurred affecting the midwestern people like the farmers, and which taught us new technologies and methods of farming. The storm began in the midwest then migrated towards the northeastern part of the country. John Steinback wrote in his novel The Grapes of Wrath “And then the dispossessed were drawn west- from Kansas, Oklahoma, Texas, New Mexico; from Nevada and Arkansas, families, tribes, dusted out.” As the winds picked up and the dust was escalating, people were getting killed along with there livestock. Crops were also getting destroyed in the process. The causes of the Dust Bowl involve economic and agricultural issues like weather and farm economics. Homestead Act of 1862, which provided settlers with 160 acres of public land, was followed by the Kinkaid Act of 1904 and the Enlarged Homestead Act of 1909. These acts led to a massive influx of new and inexperienced farmers across the Great Plains. The rise in wheat prices during WWI didn’t help as the demand was high so farmers how to plow land to plant wheat and other crops. When the Great Depression happened, the farmers need to create even more grasslands to grow bumber crops. These are used as space fillers. The crops then began to fail as the drought had began. And with a bunch of over plowed land around, it started to blow away. 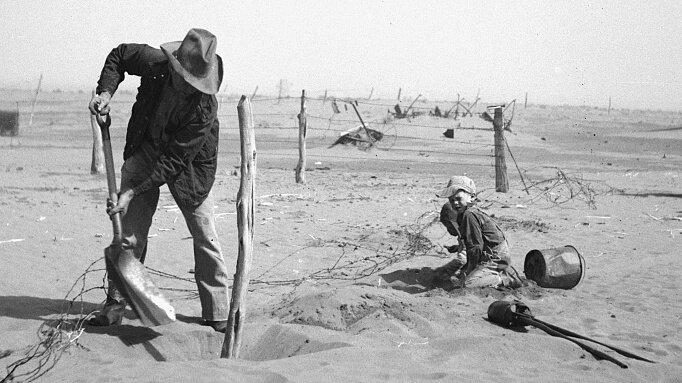 What is the Dust Bowl?

The Dust Bowl was also known as the Dirty Thirties. By 1934, an estimated 35 million acres of formerly cultivated land had been rendered useless for farming, while another 125 million acres, which is about the area roughly three-quarters the size of Texas, was rapidly losing its topsoil. The irregular rain fall didn’t help. Regular rainfall returned by the end of 1939 which ended the Dust Bowl.

Roughly 2.5 million people left the Dust Bowl states of Texas, Colorodo, New Mexico, Nebraska, Kansas, and Oklahoma during the 1930s. It was the largest migration in American history. These Dust Bowls refugees were called Okies. They worked menial labor with pitiful wages. 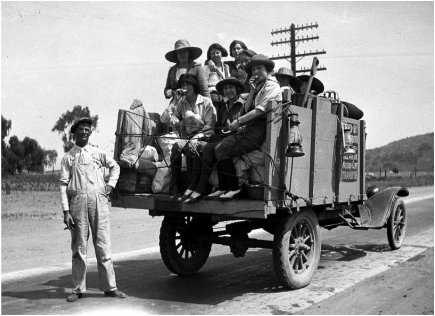 One thought on “Dust Bowl”

This site uses Akismet to reduce spam. Learn how your comment data is processed.