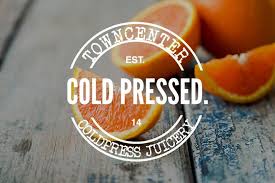 This is what was Ghent Gift & Novelty and is now Town Center Cold Pressed. Ghent Gift and Novelty was a sex store that advertised to have lingerie, gift cards, adults gifts, and incense with a motto of “from traditional to unique!”

The world’s first sex shop was opened in West Germany in 1962. Sex shops are regulated by law but not permitted by minors. While some states prohibit sex stores, some states allow strip tease, peep shows, or pornographic movies to play during store hours. Some people prefer online sex stores because of the discretion provided with them while others promote their stores with catchy jingles like “where fun and fantasy meet.”

In a series of Supreme Court decisions in the 1960’s found that it was a first amendment right to have sex stores therefore legalizing sex stores while still allowing zoning restrictions for individual states to limit the presence of sex shops. These zoning regulations caused “red light districts,” or places with tons of adult stores close to each other or placed many sex stores on the outskirts of towns. In the 1980’s most sex stores geared to primarily male clients and included adult video arcades. The sex stores wanted to promote secrecy so they were buildings that lacked windows and the doors had an l-shaped turn to prevent people seeing clients from the street view. As the spread of AIDS grew in the late 1980’s/early 1990’s, the government ordered closing of stores that had theater or arcade components in the stores. If the store displayed a less  sex-positive display as the government would approve and keep the store around. The more recent stores, in the 21st century, tend to be very consciously community-oriented businesses, sponsoring lecture series and being actively involved in sex-related health issues.

Ghent Gift & Novelty was more than just a sex store and the history and stigma on sex stores helps define why it was advertised as lingerie, gift cards, adults gifts, and incense. The logo proves that the store is advertised as a one stop shop and helped give a common ground of where to go for fun.

By Thy Barsell Now a parking garage for EVMS, Shirley’s Place was a women’s bar that served breakfast, lunch, and dinner. Opened […]

By Cory Moreno We are now here at what was once a gay bar called the Anvil. I could not exactly find […]