Hello my name is Tameira. I am presenting the Naro Theatre located at 1507 Colley Ave, Norfolk, VA 23517. The original Naro Theater, The Colley, opened on February 24, 1936 founded by Wiliam S. Wilder. The Colley was renamed The Naro when Robert Levine took ownership in the sixties. Naro is short for Nathan and Rose Levine. Co-Owners Tench Phillips and Tom Volirus started the Naro in 1977 going in their 37th year (“Naro Expanded Video”). It was the only cinema in the Hampton Roads area who specifically fought to show inclusiveness in media and the LGBT community. Not only did the Naro Theatre distribute Our Own Newspapers during the late 1900’s. In 1983, Tench Phillips and Thomas Vourlas was arrested for showing the film Taxi Zum Klo. This film shows the sexual experiences of young male school teacher who is driven by his lust for men. They entered a guilty plea bargain to one count of exhibiting an obscene movie on behalf of Art Repertory Films which owns the Naro Expanded Cinema. They were fined $250 and court costs (Our Own, January 1983 article). Today the Naro Video is a non-profit film library containing over 42,000 titles. 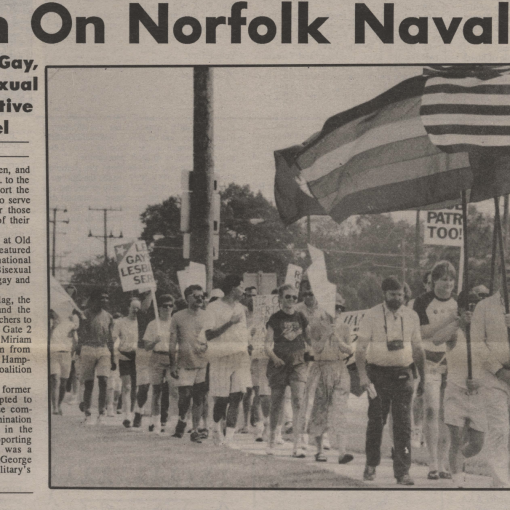 By Akeem Pitts and Cathleen Rhodes Norfolk Naval Base, the largest naval base in the world, has brought many military personnel to […]