By Akeem Pitts and Cathleen Rhodes

Norfolk Naval Base, the largest naval base in the world, has brought many military personnel to the area and plenty of controversy. Being an LGBTQ person in the military in the 1990s was not easy. LGBTQ service members were unable to serve openly and could be punished or dismissed from the military altogether. Even after “Don’t Ask, Don’t Tell,” a policy that purported to protect service members from anti-gay discrimination but which often led to military investigations and punishment, took effect in 1994 LGBTQ people in the military had few protections against homophobic bias and discrimination.

On June 15, 1991 the Hampton Roads Lesbian and Gay Pride Coalition organized a rally at Old Dominion University. Many of the afternoon’s speakers had been kicked out of the military for homosexuality including Miriam Ben-Shalom, the chair of the Gay, Lesbian and Bisexual Veterans of America (GLBVA); Karen Stupski, one of the founders of GLBVA’s Hampton Roads chapter; and Jim Early, a former editor of Our Own, the area’s gay and lesbian newspaper. The rally was followed by a march down Hampton Boulevard to Norfolk Naval Base. Approximately 80 people were accompanied by Miriam Ben-Shalom, who planned to deliver a letter about discrimination against gay service members to the base commander, but she and other marchers were denied access to the base. According to Our Own, Matt Oler, one of the marchers who had previously served in the Navy, participants were being videotaped by Naval Investigative Service. March participants included Hampton Roads Lesbian and Gay Pride Coalition members Alicia Herr, Pat Heck, and Karen Stupski; former military personnel who had been discharged for homosexuality such as Oler and Jorge Sague; active duty military like Gary Hendricks who attended with his boyfriend; and supporters.

Though the march was well attended, support was not unanimous. A June 1991 article in Our Own quoted a letter from Miles Burcher of Out and About, another gay and lesbian newspaper in Norfolk. Burcher argued that the march would hurt relations between the Navy and Norfolk’s gay community, negatively affect an AIDS fundraiser later in the year, and would cause the media to think negatively of the community.1 He also argued that most of the gay community in the area had military connections and could therefore not participate and that there was little community support for the march anyway. Burcher’s concerns echoed those of more assimilationist LGBTQ rights groups, who believed that progress should be incremental and somewhat non-confrontational.

Norfolk’s importance to the advancement of LGBTQ rights in the military cannot be denied. Letters to the Editor in Our Own referenced the large numbers of active duty military in the area’s gay bars2, many of the region’s activists were ex-military, and many LGBTQ service members and civilians worked at Norfolk Naval Base.

By Azjah Clark The next stop is the Wave on Colley. They did fall victim to some of the ABC laws against […] 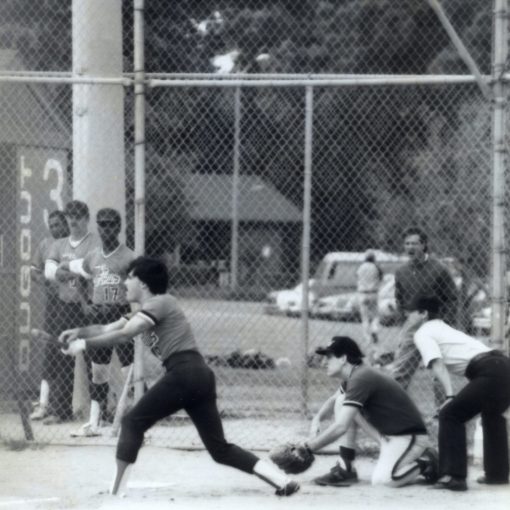