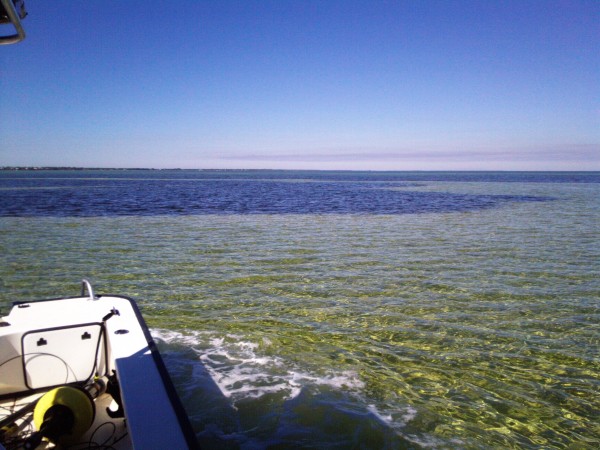 Meredith came to us as an undergraduate student, she wanted to gain some experience working in our lab, and brought with her an infectious enthusiasm. During her time with us she has traveled with us to California, Florida and closer to home in the Chesapeake Bay. She already has one publication to her name and is as we speak busy turning her thesis into a manuscript. Her master’s work was focused on the environmental and physiological influences on productivity of eelgrass through δ13C. You can read her defense abstract at the end of this entry. We are all sorry to see Meredith leave us, but she is moving on the new pastures or should we say meadows. One thing that I realized while going through all the pictures of Meredith that I have taken over the past few years is that even when cold, tired and hungry she was always smiling. Now I just have to find a reason to go to a meeting in San Fransico so we can catch up. Victoria 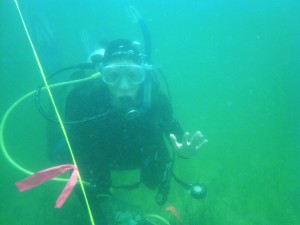 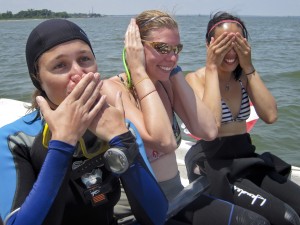 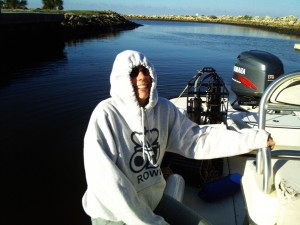 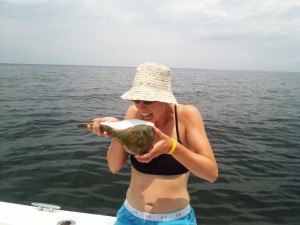 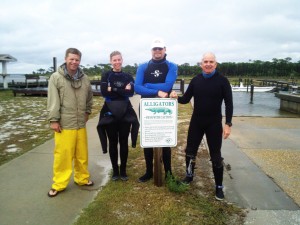 Sometimes these types of things are so much more anti-climactic than you hoped they would be.

I didn’t have a great weight lifted off my shoulders, and I always expected to pass (although I had doubts at one point during the defense!). Don’t get me wrong, I’m ecstatic and feel like I’m on top of the world (at least for now), but in my mind, there were no fireworks shooting off in the distance or dancing in excitement around the room after the results came in from my committee. Of course, there are edits to be made to the thesis, but who doesn’t have those? Right? Oh, and that manuscript I still have to submit…

I would have never gotten to the place I am without so many people around me. Leaving for California in three weeks has left with conflicted emotions. There’s a constant cloud of sadness over my head in the anticipation of leaving my real family, and my school family. All of whom I will miss terribly. However, life is giving me new opportunities for adventure and success, so, I must take them. And what better place than beautiful Northern California, where the hills are so steep that I can’t even ride my bike up them and kelp forests call me to the chilly sea?

I’d like to leave you with 3 lessons I’ve learned over the course of 6 years with the BORG,

So, goodbye BORG and ODU. It’s been real. And wonderful!

Seagrasses’ relatively low capacity to exploit HCO3 as a source of dissolved inorganic carbon (DIC) for photosynthesis forces them to rely extensively on CO2(aq), which is typically present at low concentrations in seawater. As a result, seagrass photosynthesis is generally carbon limited. This study investigated the influence of CO2(aq) transport to RUBISCO, controlled by environmental and physiological mechanisms, on photosynthesis, and the impact on seagrasses stable carbon isotope (δ 13 C) composition. Light saturated photosynthesis (PE) was measured at a variety of flow and DIC regimes to understand carbon uptake at the leaf level, boundary layer conditions, and permeability of the unstirred layer. PE was saturated with respect to increases in flow above ~2.3 cm s-1. The non-linear response of PE to [CO2(aq)] was used to predict the maximum physiological photosynthetic rate (Pm). Stable carbon isotope signature for light-saturated conditions was modeled from the theoretical relationship between PE/Pm and physiological responses to [CO2(aq)] and flow that drive changes in fractionation. Predicted δ13C for flow saturated, ambient [DIC] was ~7‰, well within the range of reported values for seagrasses. Measured δ13C values from the Goodwin Islands were lower than predicted light saturated δ13C. However, when historical epiphyte loading was taken into account, δ13C signatures agreed with published values from similar light-limited environments. The ability to accurately model productivity and δ13C of seagrasses suggests a comprehensive understanding of the influence of light, carbon acquisition, and environmental conditions on photosynthesis.