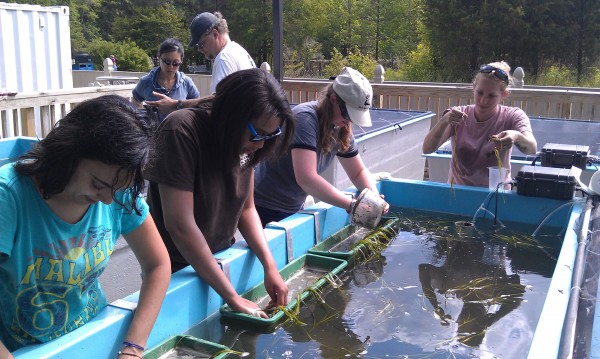 After a year and a half of planning, construction and wiring we have finally reached the start point of our long-term seagrass ocean acidification experiment. Last week Dick and I spent two days diving in the seagrass meadow in South Bay on the Eastern shore collecting over 1 thousand seagrass shoots to fill our experimental tanks. The rest of the BORG team spent their days cleaning the tanks and awaiting our seagrass booty.

As the plants need to survive and thrive in our tanks we had to collect not just the shoots, but the rhizomes and roots as well. In the muddy sediment of South Bay this required lots of rooting around, so much so that it looked like I had been eating mudpies when I came to the surface! 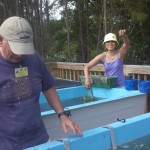 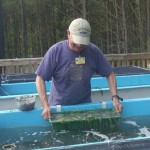 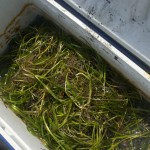 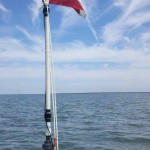 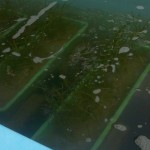 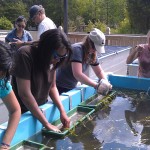 It took three days to plant all of the collection, each tray now has approximately 40 shoots and each tank has between 3 and 5 trays of South Bay grass, some tanks have grasses from Washington State for a side experiment on their tolerance to our warm summers. Now we have wait for a couple of weeks to make sure that the growth rates in all the tanks are the same before we can turn on the CO2 and start the different treatments. We have managed to recruit some folks from both Biology and OEAS to run experiments in our tanks, Becky, a graduate student is going to study the clams that were recruited into the tanks during the spring and Dr Dobbs is going to look at bacterial films.

I will post more details on those experiments once they get started. In the meantime we will all be working on our tans this summer as we spend several days each week tending to our seagrass crop.