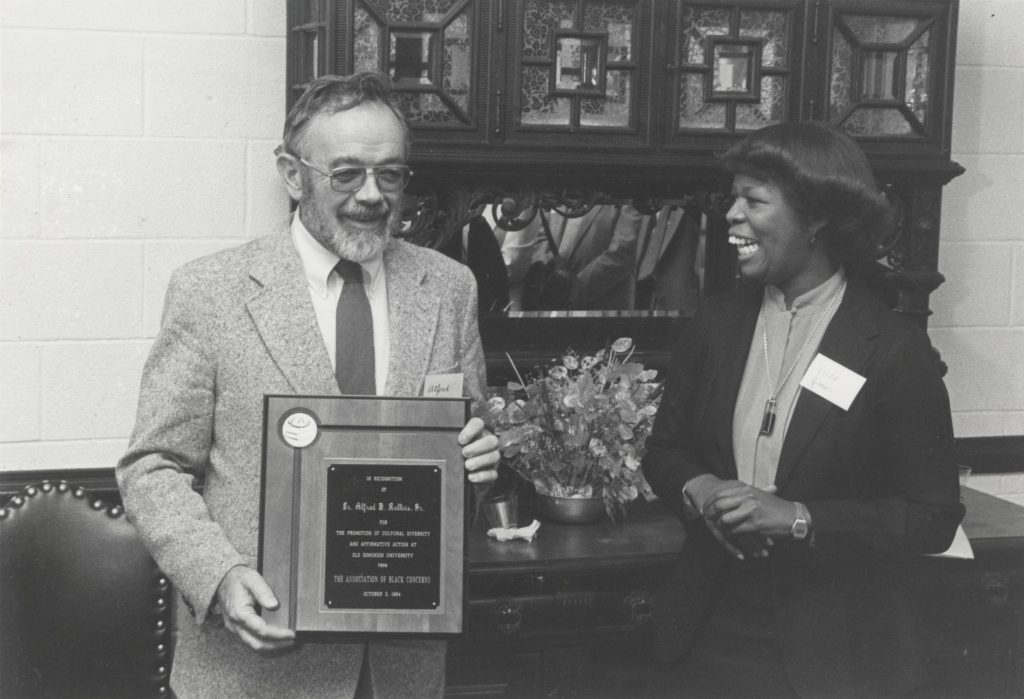 Believing that Old Dominion should build relationships with the Hampton Roads community, President Rollins maintained and created key partnerships with various agencies and reinvigorated the arts on campus. Rollins helped to build relationships with the US Navy, NASA, Norfolk State University, Eastern Virginia Medical School, and W&M. Under his tenure, art, dance, music, and drama were emphasized, and the University Gallery began to flourish.

Of all his accomplishments at Old Dominion, President Rollins was most proud of his advances in affirmative action. During his tenure, Rollins began to tackle the disparity in salaries between women and men, the Women’s Studies Program and Women’s Center were established, the first African American and female deans were hired, several duplicate programs between Old Dominion and Norfolk State University were eliminated, and in 1979, the first Multicultural Center was established on campus.